To be honest, the sour belt flavor profile has been done quite a bit. Some of them were pretty good, some were pretty bad.

The best one we have tried is called Belts E Juice byDrip More 100ML. It is profiled to taste like your favorite strawberry sour belt candy, and we think Drip More did a great job.

Based out of Los Angeles, California, Drip More is a relatively new e juice brand that created a line full of amazing candy themed flavors. Candy King is its flavors are some of the most popular e juice flavors in the entire world and every single bottle is a best seller. E Cigarette Empire and its customers are in love with the sweet, delicious flavor that is produced by Drip More and the countless amounts of 5-Star Reviews under each Candy King product will prove that.

Upon inhale, Belts E Juice by Drip More 100ML releases some super sweet strawberry flavoring. The candy flavor notions lurk around as a complementing undertone which really helps bring this whole flavor experience to life. Prepare those taste buds because the sweetest is yet to come!

It is on the exhale where the sour sugar notes come into play. The strawberry candy flavor sensations now fall to an undertone which is still very intense. It does not overpower the sour sugar flavorings and both coexists and complements one another.

The way that the mixologists over at Candy King are able to make recipes and blend the flavors together should be considered magic. If you compare any Candy King flavor to another candy flavored vape juice in the market, the difference is literally night and day which is why Candy King has won multiple awards with multiple flavors.

This e liquid has a great aftertaste that will leave you taste buds craving more in between hits. The never fading flavor experience allows the first puff to be just as intense in flavor as the millionth puff making Belts a great selection for an all day vape.

Due to its sour nature, Belts by Drip More has a sharp throat hit. It is an appropriate hit for the sour flavor profile. It is not harsh, nor unpleasant/ however it does create a slight throat tickle. There is absolutely no burning or charring sensation and can hang with the deepest of inhales.

Candy King has a lot of experience and knows the importance of making a smooth throat hit, so the vaper can count on being able to exhale large amounts of clouds without excessively coughing.

Drip More, the manufacturer and producer of the Candy King flavor line, has been a company in the vaping industry for quite some years now. They have been known to perfectly replicate candy flavor profiles and convert them into vape juice profiles. Due to the extreme popularity of their flavors, they have released both a menthol and nicotine salt version of the most popular sellers.

We do expect the Drip More will survive the unfair and expensive Pre Market Tobacco Application period that occurs on September 9th, 2020 but we have not heard anything regarding their business decision.

Overall, this is an awesome candy flavor that we were impressed by. Belts E Juice by Drip More 100ML would make for a great all day vape and we highly recommend it.

Grab a bottle or two today and let it rip!

FacebookTwitter
Be the first to review this item
Filter Reviews:
×
Clear filter
More Filters
A
05/02/2020
Anonymous

Super yummy! I always buy this as it’s so real!

United States
Not good at all.

Have no clue why people like this. I've tried it two times, but it's not vapeable for me. It has almost a rubber taste to it.

Loved this juice!!! Has an awesome strawberry flavor, best one I have tried yet! Love this company as well, clear quality juices at awesome prices!!! 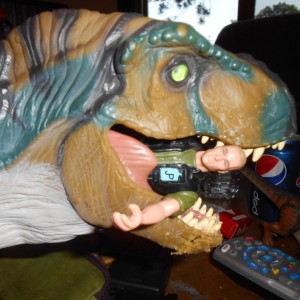 I order every week. Best price on the internet.