Inhaling a cloud of No.64 E Juice will provide the fruity flavor of blue raspberry that will have you begging for more.

During the exhale is when the sweet hibiscus flavor accents come into play. It leaves a strong aftertaste that is quite delightful.

Customers have been raving about No.64 E Juice by Beard Vape Co for many years now. With seamlessly endless positive reviews, No.64 E Juice has been at the top of its game since it was released.

The throat hit that is delivered by this e juice is a delightfully pleasant one. With one soothing throat hit after the other, you will never find yourself putting your mod aside due to a burnt throat.

No.64 E Juice is produced by one of the biggest and well respected forces in the vaping industry, Beard Vape Co.

Beard Vape Co is a premium vape juice brand and company that has been around for nearly a decade. They are based out of the vape juice mecca, California, and quickly gained a reputation for being one of the best companies in the industry.

All of their flavors are made with extremely high quality ingredients, and are one of few companies that have begun the rigorous PMTA process. This means that we can expect them to be around in the industry for a very long time.

If you are asking yourself where could you possibly get such an amazing e juice you are in luck! No.64 E Juice by Beard Vape Co is sold right here at E Cigarette Empire at an incredibly low price that you have to see to believe!

No.64 E Juice is such a popular e juice that any shop that doesn’t carry it would be missing out on a lot of business. So, with that being said you can count on finding it in most online and walk in shops.

At E Cigarette Empire, we offer No.64 E Juice by Beard Vape Co in a 120ML bottle size with industry standard nicotine level options of 0MG, 3MG, and 6MG.

The 120ML bottle is a plastic chubby gorilla bottle with both a flow restrictor and leak-resistant cap.

The nicotine level options for the salt line are 35MG and 50MG. For those who are unfamiliar with nicotine salts, these liquids are NOT meant for Sub-Ohm Tanks, or RDAs, these salt nics for special vape pods made for these types of liquids with high nicotine concentrates.

No.64 E Juice is considered to be one of the best flavors around by many consumers, and also by those working in the industry. It delivers an amazing relaxing flavor that cannot be matched.

With every puff of No.64 E Juice will be thanking Beard Vape Co more and more for the extensive work they put in to deliver a refreshing throat hit.

After all of that, hands down the most impressive stat about this e juice is how low the price is. Get your hands on a 120ML bottle for the usual asking price of a 60ML bottle. There’s nothing like getting the deal of a lifetime for a product with the highest grade ingredients on the market. 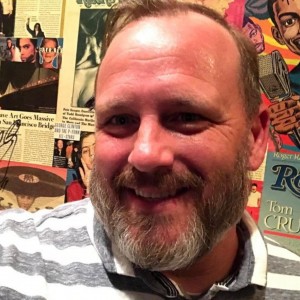 I have ordered Juice from these guys a couple of times now and I have to say, I have had nothing but great service. Lighting fast delivery and great prices.. What else could you ask for? Keep it the good work Empire. :)

I LOOOVVEE Beard #64 Juice, made by Beard Co. It's a mixture of blue raspberry hibiscus. I found it as a fluke. I had ordered Beard #5 (strawberry shortcake) and I was mistakenly shipped the #64. ( blue raspberry hibiscus) I mixed it with the #5 (strawberry shortcake) and oh what a flavor explosion in my mouth. Whether it's vaping the #64 blue cotton candy hibiscus) all by itself, or mixing it with other "Beard" juices. The Beard Co. juices do not disappoint!!!

Love the site. Best Customer Support among all the sites. My fave ADV Thanks guys

This is my Fave ADV juice going on 5 years now. Beard Vape #64 "Is the only juice on the market with Hibiscus that Nails It ! I f you like a blue raspberry hibiscus flavor that packs a great deal of flavor into a sweet, not too sweet juice, with a nice balance of (Blue) Raspberry, Cotton Candy and Hibiscus exhale then # 64 is it... I can attest that I have tried all their flavors, (while helping launch another site) that sees all my reviews, on over 51 sites and they appreciated reviews that were not biased. They were brutally honest. Note: I love all vape flavors except homemade brews by local vape shops here in ATL... Enough said! I did not get paid nor given any incentives, above or beyond ,what everyone else would get (10% off) from E-Cigarette Empire. They also have some of the the lowest prices online, a great CSR response team, and the optional $8.50 flat rate for 2-day Fed-Ex, not YoooSpeeS and finally..... What other legitimate extras - Coupons in-house - on the site They're cool. They also have their legit coupons on them coupon sites so enjoy fishing! #AneXtLeveL This company is on the rise......

Beard vape number 64 is my number 1 ADV. The flavor profile has it listed as a raspberry hibiscus flavor. I describe it more like a hibiscus raspberry cream flavor that has been my go-to juice for 5 years. Beard vape company never puts out junk. No matter what flavor they are all good. I am glad I found ecigaretteempire because not only do they have the best prices online, but they offer today FedEx shipping and it's always on time. Always! There was one order that did not come within 3 days and there was a discrepancy for being charged for the route insurance twice. I contacted them and the next day I or had a refund for the shipping and a refund for the extra charge on the shipping insurance. The next day! I found a new home for my vaping needs. I can't wait until these guys get a little bit bigger because their prices are great and when they get bigger their inventory will grow and that's an awesome thing. Great selection of juices, best prices online, discount coupons on the website, all they need now is a rewards program and this place will take off like a rocket. Best of luck to you guys. Happy Holidays to All! Matt.D