Well, now you can have them both! Pineapple Grapefruit by Juice Head 100ML is now here on shelves at the infamousE Cigarette Empire and this is one e liquid flavor that you have to try! So far, all of our customers and employees love it!

The flavor profile consists of a fruit blend between pineapple and fresh grapefruit. These two tropical fruit flavors play off another extremely well and it shows with each vape hit. Juice Head is a company that has gained a lot of popularity and notoriety from their premium vape juice flavors that they have released into the market over the years. They have gained the reputation of producing some of the world’s best tasting fruit e liquids due to the fact that they have some of the best and most experienced mixologists in the game.

A never fading flavor profile is a popular term used to describe when an e liquid produces intense flavor that stays constant and consistent from each puff. Whether you are two months into the same bottle or you just cracked it open for the first time, the flavor intensity will stay the same, making each puff just as delicious as the last one.

The inhale produces a strong pineapple sensation that is accompanied by a mellow grapefruit undertone but when you transition to the exhale, the whole story changes. The grapefruit becomes the stronger fruit flavor and the pineapple falls to a complementing undertone. These two flavors bring a whole lot of flavor into the taste palate individually so when they are blended together, the experience can be very drooling. Prepare the taste palate and do not go into this flavor journey blind because you will be knocked off of your feet!

I know you are thinking that it seems like a lot of flavors, which it is, but you do not have to worry about an unpleasant throat hit. From the beginning to the very end, the throat hit is nothing but extremely smooth and refreshing. There is no burning or charring sensation whatsoever so those times of excessively coughing are far in the past! You can fully enjoy the taste and flavor profile through and through with no negative repercussions while exhaling.

Juice Head is a somewhat newer e juice brand that has instantly taken off and gained a lot of traction. They have a reputation of producing some of the highest quality liquids in the vaping industry which is why most vape shops in the United States carry their flavors. E Cigarette Empire highly recommends these flavors to any vaper that loves to indulge in fruit flavored e liquids! Juice Head has ventured into other countries with the possibility of some Canadian shops picking up their famous flavors.

With the upcoming Pre Market Tobacco Application period, a lot is uncertain when it comes to the vaping industry. All we know is that since it costs millions of dollars to file just one application with the Food and Drug Administration, all small vape juice manufacturers will be forced out of business because of how expensive it is! This, in result, will demolish about 75% or more of the vape juice brands that we know today with only the biggest left standing.

Are you a juice head? You cannot claim to be if you haven’t vape on Pineapple Grapefruit!

FacebookTwitter
Be the first to review this item
Filter Reviews:
×
Clear filter
More Filters
A
09/22/2020
Anonymous

Always my go to. Never get tired of it.

Execellent flavor. Don't let the grapefruit fool you. It's not sour at all, but kind of sweet. I will be ordering at least one bottle of this with every order. 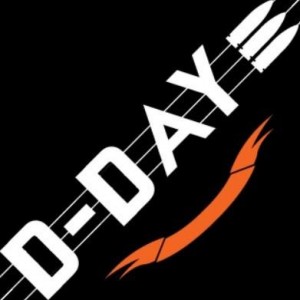 Great flavour, and as always fast and reliable shipping.