Rainbow Road by Vapetasia has the delicious flavor profile of a fruity cereal that is served with fresh berries and together these flavors make up one of the most delectable vape juices you could think of.

Every consumer's dream is to find a premium e-juice that they can puff on all day and all night without getting sick and tired of the same old flavor. Find your dream a reality when you have your tank filled with Rainbow Road.

The inhale consist of the breakfast fruit cereal flavor which is very much complemented by the berry and cream exhale. All together from start to finish your taste buds will be occupied with some of the best flavor in the game.

Since its release, Rainbow Road has made a big name for itself all over the world. Fans and critics rave about this spectacular e juice, and all of the positive reviews only cement that fact.

One thing that is great about Rainbow Road by Vapetasia 100ML is that even with an awesome flavor profile the throat hit is still smooth and subtle. There is no burning or charring sensation whatsoever and you do not have to worry about any repercussions after you take a huge vape hit.

Rainbow Roadis manufactured and produced by a giant in the industry and one of the most well known names, Vapetasia.

Vapetasia is very well known in the United States for its incredible Killer Kustard line that is made with the most satisfying vanilla custard taste that will hook anyone.

Popular flavor lines produced by Vapetasia are their self named Vapetasia line, Vape Lemonade, Vape Parfait, and they even have a Vapetasia Iced flavor line for the menthol lovers.

All of their flavors are made with extremely high quality ingredients, and are one of few companies that have begun the rigorous PMTA process. This means that we will be seeing Vapetasia around in the industry for a very long time.

At E Cigarette Empire we carry Rainbow Road by Vapetasia along with all of the other Vapetasia products. If you are into great prices you have to check out our website!

Rainbow Road is so popular that anyone who doesn’t carry this in their shop is missing out on a whole lot of business. Luckily for you most shops like making money, so you can expect to find this e juice everywhere vape products are sold!

At E Cigarette Empire, we offer Rainbow Road by Vapetasia in a 100ML bottle size with industry standard nicotine level options of 0MG, 3MG, and 6MG.

The 100ML bottle is a plastic chubby gorilla bottle with both a flow restrictor and leak-resistant cap.

Vapetasia also has a premium line of nicotine salts that offer all of your Vapetasia favorites that all come in a 30 ML size bottle.

The nicotine level options for the salt line are 12MG, 24MG, and 48MG. For those who are unfamiliar with nicotine salts, these liquids are NOT meant for Sub-Ohm Tanks, or RDAs, these salt nics for special vape pods made for these types of liquids with high nicotine concentrates.

Rainbow Road is indeed a very popular e juice, and does indeed sell many many bottles worldwide. But, Vapetasia didn’t get to where they are just by selling a lot of juice.

The smooth throat hit only elevates the already excellent experience given to you by the flavor of the inhale and exhale.

We already know that Rainbow Road is made with top of the line ingredients that make the flavor impossible to deny. But, with the lowest prices around, purchasing this top tier e juice is a no brainer.

Vapetasia has a wide variety of e juices for you to choose from. Rainbow Road is one of the most popular among them, along with Killer Kustard, Strawberry Killer Kustard, and  Royalty II.

FacebookTwitter
Be the first to review this item
Filter Reviews:
×
Clear filter
More Filters
A
09/15/2020
Anonymous

I’ve been using this company’s product for 3 years. Never disappoints 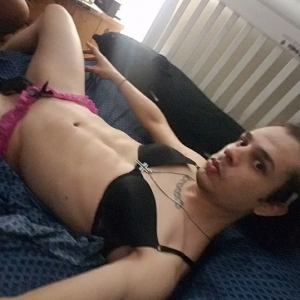 United States
Where do I start?

First of all: my favorite flavor and brand Secondly: I've been gaping this for 2 years and I freaking love it Thirdly: so many flavors jam packed into one bottle Fourthly: trust me and get it and you'll understand what I mean

United States
Best for me!

It's my favorite taste! I keep order it again and again.

I've been using Rainbow Road for over 2 years and I like it a lot.