Sugar Drizzle is the well-known cinnamon sugar flavor from Cuttwood e-juice. This e-liquid is a perfectly balanced mix of a milky, cinnamon dessert.

When it comes to the most delicious vape juice flavors in the industry, Sugar Drizzle is definitely one of the top ten. Since the release of this original flavor years ago, Sugar Drizzle has been one of the best selling liquids at E Cigarette Empire for almost a decade. You can find Sugar Drizzle carried at virtually almost every single brick and mortar and online vape store across the United States of America.

The first taste of this product is a creamy, cinnamon flavor that is similar to a cinnamon sugar cookie. As you inhale more and more, the flavor becomes even stronger, to the point where your entire taste palate has been taken over by delectable flavor notions.

When you exhale this e-liquid, it has more of a creamy taste that is sure to satisfy any lover of cinnamon flavored e-juice. All of the flavors featured in the delicious inhale, come forward during the exhale and produce an everlasting flavor memory that only grows stronger over time. This flavor by Cuttwood has become a new all day vape for our team.

Sugar Drizzle is produced in the US with highest quality nicotine, ingredients, and flavorings which makes for a very clean and consistent vaping experience. Cuttwood, being one of the largest and most trusted premium vape juice brands in the industry, will absolutely be one of the companies standing after the rigorous and expensive PreMarket Tobacco Application process.

Cuttwood has definitely upheld their part of the bargain with this flavor profile by making a very consistent and great tasting flavor. The cinnamon flavor causes a little bit more of a throat hit, but remains very flavorful and not too overwhelming. From beginning to end, inhale to exhale, the throat hit may be noticeable but it is very soft and subtle. There is absolutely no burning or charring sensation whatsoever so you can fully enjoy everything that this flavor profile has to offer!

Cuttwood is a company that has been in the vaping industry since before the big vaping boom. Based in Southern California, the mecca of vape juice, Cuttwood has made a name for themselves and have produced multiple awarding winning flavors such as Boss Reserve and Unicorn Milk. Carried in almost every shop across the world, Cuttwood has the reputation of being the most top-shelf option you can get. One thing that Cuttwood has done is stayed true to themselves and the flavors that they produce. Over the tons of years they have been in business, they have focused on what the community loves and have not overproduced new flavors like a lot of these brands do. Four new flavors have been introduced since the start of Cuttwood. Now, they even have a nicotine salt line that is based off of their best selling original flavors.

Sugar Drizzle clocks in at a 70/30 VG/PG mix, which makes this flavor produce a ton of vapor while not lacking any in flavor. Nothing is better than taking a huge vape hit, tasting a ton of flavor, and exhaling chunky clouds that fill the sky.

This e-juice is now available in 120ml AND 60ML bottles, at the perfect size and price for your favorite flavor. This tastye juice is currently being sold here in 0, 3, and 6mg of nicotine.

Get your bottles of Sugar Drizzle byCuttwood e juice here!

Shipping juice. Everything was great. Definitely coming back for more!!!

This is one of the best ones ever top five favs 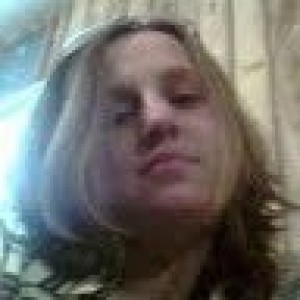 Juice is A++ love it my ADV and at a great price, from time of ordering to my mailbox was 2 days!